About us.
Our passion for dance, 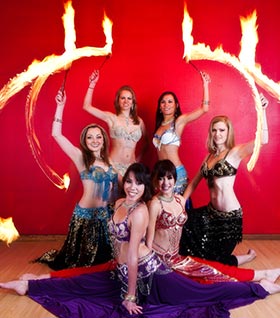 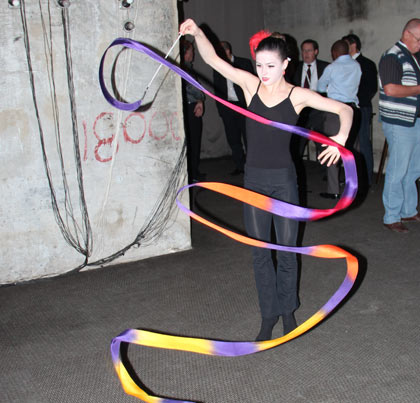 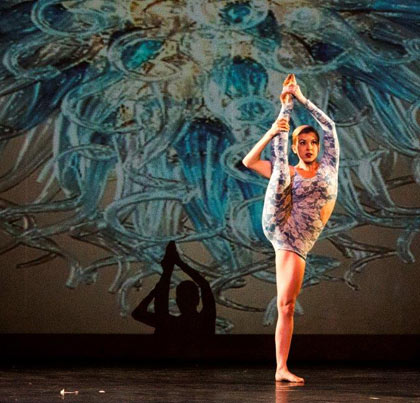 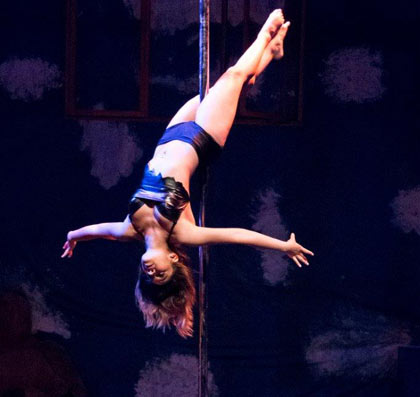 About Us - Katz School of Dance

Katz Dance Production is revolutionizing the way Dance and Productions companies work in South Africa. We will be partnering with other top companies in South Africa to offer our students the best possible dance education in any field - all under one roof! This will ensure that we keep up with the latest trends and make us a world-class performing arts company.

This will be a gradual process and includes the introduction of new partners as well as BIGGER and BETTER studio space and affiliations to organizations of the highest dance standard. 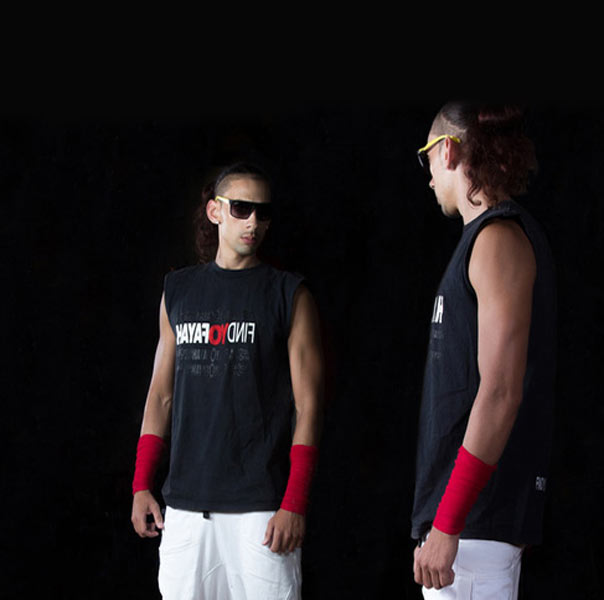 Jamal "shinobi" Nova is a seasoned rnb vocalist, dancer and choreographer authentically trained in street hip hop. His speciality genres in dance include popping, lyrical, animation, robotics and L.A style. Competitive history In 2007, 2008, 2010 and 2013 Him and his team, the Clinch crew have been ranked in the top 3 in the country by a number of organisations which include: Jamal then went on to start his own team (elemental.ent) to compete in the world IDO championships where they were ranked 5th in the world. Entertainment: Jamal has choreographed and danced for the likes of Danny K, Gang of Instrumentals: "shake it", Khanyi Mbau: "work up on it, Sliquor, Jamali, Lloyd Cele: "my Air" and HHP to name a few. He's also been in live performances, music videos and adverts a both national and international and has performed on the same stage as Akon, fat joe and Lil Bow Wow Jamal has and is currently working with a few companies, not just as a dancer and choreographer for theatre productions, corporate events, competitions and parties but as a teacher and mentor with the intention to develop and grow the hip hop genre in South Africa. 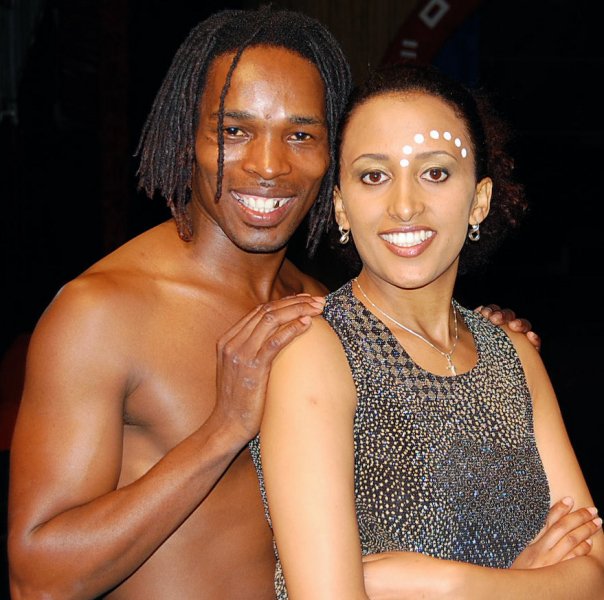 Alfred's love for art started when he was 6 years old, doing Fine and Visual Art at YMCA in Mamelodi Township. Simon Mashiangwako was his teacher during this time.

At age 14 Alfred joined the Shanana cultural group at Kwa-Thema doing traditional dance and drama. In 1994 he worked at Sibikwa Community Projects under the supervision of Small Ndaba and Phillis Klotz where he performed in a DET BOYS drama production. In 1998 he obtained his Diploma in Dance at Johannesburg Dance Foundation and proceeded to do his Honors in 1998. After graduating in 1998 he became a cast member and dance director of African Footprint through which he has danced on the soil of each and every continent around the world. He has worked with Bopa Dance Forum from 1999 till African Footprint started touring around the world. In 2007 he joined the "Afrika! Afrika!" show in Europe, where he was assistant choreographer and in 2009 he was called back to be a choreographer, artists manager and back stage manager to 120 artists. He was the Assistant Director and Choreographer of "Winnie - The Opera Show" in 2011, produced by Mfundi Vundla. He was a choreographer for Soweto Entsha and Drumstruck productions that toured internationally and for Aca-Thathu. Alfred is a resident Choreographer for Mzansi Youth Choir and he also worked with Ndlovu Choir, Roedean School choir and Norton Rose Choir as a choreographer with a very talented conductor and music composer, Ralf Schmitt. In 2013 he was a dance director of a movie "BLENDED", starring well-known comedy actors, Adam Sandler and Drew Barrymore. He is a dance teacher at Katz Dance Studios and he choreographs for corporate events. Alfred was called again to do Afrika! Afrika! 2013/2014 Europe tour to be the artist manager for 74 artists, backstage manager, assistant choreographer and he also served the production as a stage manager and a show caller. Most Recent: 2014, Alfred was a choreographer and a show caller for a show in Germany called Cotton Club. 1994: Actor in a drama production called DET Boys High 1998: Dancer and Dance Director, African Footprint Productions 2007: Dancer, Assistant Choreographer, Afrika! Afrika! Circus Show in Europe 2009: Dancer, Choreographer, backstage manager, Artists manager, Afrika! Afrika! Circus Show 2011: Choreographer and Assistant Director, Winnie The Opera theater production show 2011: Choreographer, Soweto Entsha Productions 2012 & 2013: Choreographer for Drumstruck productions 2013: Choreographer, Aca-Tatu Accapella group Since 2011: Resident choreographer for Mzansi Youth Choir, Ndlovu Choir, Roedean School Choir, Norton Rose Choir. 2013: Dance Director of a Movie called Blended featuring Hollywood actors Adan Sandler and Drew Berrymore 2013/2014: Artists Manager, Assistant Choreographer, Backstage manager and show caller, Afrika! Afrika! Circus Show 2014: Choreographer, Artists Manager and Show Caller, Cotton Club Dinner Show in Germany (Frankfurt) 2015: Event Manager for Corporate Dance Company SA. 2015: Choreographer and Director for Afrika! Afrika! Show in Tunisia at Carthage Festival. 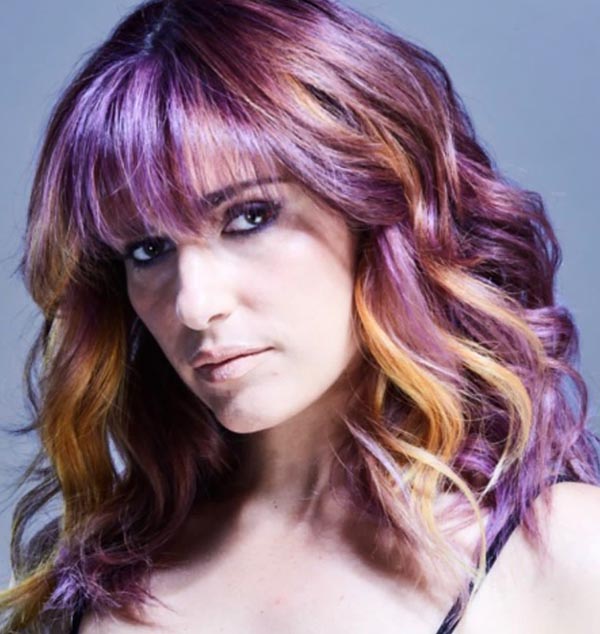 Nadia trained professionally in the Imperial Society of Teachers of Dancing (London) Modern Theatre, Tap Theatre and Classical Ballet, as well as in the Allianza Flamenca Spanish Dance Society.She attained extremely high results in all exams up to Advanced, including associates in all 4 fields and competed in many competitions, winning 2 Championship Awards among many others. Nadia received distinctions in all advanced and associate levels of Tap & Modern Genres and continues to train with renowned choreographers She has 6 years of Drama training under her belt, through Sabrina Chinelli up to professional level (Grade 7) Distinctions were achieved for every exam and Nadia also portrayed the lead role in 4 major productions, which were Internationally recognised

Designed and maintained by: Mobster Design   © 2016. All Rights Reserved.